Old Whyly's foundations date back to 1100, when the first recorded building was erected on the ancient Saxon site deep in the weald forest.

The Lunsford's owned Whyly from medieval times with their cousins the Pelhams (later the Earls of Chichester and Dukes of Newcastle) owning the adjoining estate at Halland. 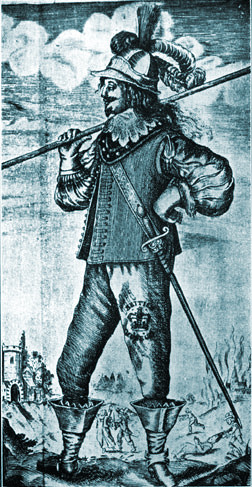 The colourful Thomas Lunsford was born about 1600. He was convicted for poaching his cousin's deer and fined the extraordinary sums of £1,000 to the King and £750 to Sir Thomas Pelham.

The following year, 1634-1635, Lunsford made an attempt upon the life of Sir Thomas Pelham, by shooting at him as he came out of East Hoathly Church. The bullet missed Sir Thomas, and lodged in the door of the Church.

For this murderous assault, Lunsford was arrested and imprisoned in Newgate to await trial.

However, he managed to escape and sought refuge in France, where he raised a regiment of horse and attained the rank of Colonel.

During his absence, the case of attempted murder was adjudged by the Star Chamber (1637). Lunsford was fined the additional heavy sums of £5,000 to the King and £3,000 to Sir Thomas, and because he failed to appear for trial he was outlawed.

Two years later, Lunsford returned to England and received the King's pardon, together with the reversion of his fine--" 24th April 1639 at our Court at York". He then became a firm friend and supporter of King Charles I and won considerable notoriety as a dashing cavalier.

King Charles appointed Thomas Lunsford to the Lieutenancy of the Tower of London. It appears that this appointment shocked Lunsford's political enemies, and literally "raised Cain" in the House of Commons by a clamour of opposition. The fact that Lunsford had many enemies is self-evident. The Puritans called him a "baby eater", a "cannibal", and a "devourer of children". Butler, in his parody on preachers might say:

"Make children with their tones to run for 't as bad as Bloody-bones of Lunsford."

Lunsford was relieved of his short-lived appointment at the Tower, and was knighted.

Carlyle, in his "Oliver Cromwell's Letters and Speeches", depicting one of the tumultuous scenes in London which preceded the Civil War, says:

"Colonel Lunsford, a truculent one-eyed man, having 'drawn his sword' upon the Apprentices in Westminster Hall, and truculently slashed some of them; who of course responded in a loud and hideous manner, by tongue, by fist and singlestick; nay, on the morrow, 28th December, they came marching many thousands strong, with sword and pistol, out of the City, shouting, "Slash us now! While we wait on the Honourable House for an answer to our Petition!" -and insulted his Majesty's Guard at Whitehall."

When Charles left London to raise the Royal Standard against his rebellious Parliament, Sir Thomas Lunsford accompanied him. During those civil disturbances, Lunsford gained for himself the name "Roaring Lunsford". Having fought at the Battle of Edgehill, where he was reported killed, a political ballad described him, -

"The post that came from Banbury Riding in his blue rocket, He swore he saw when Lunsford fell a child's arm in his pocket."

Lunsford was not killed, but taken prisoner and imprisoned in Warwick Castle.

Later he re-appeared in the services of Prince Rupert. In winning his stormy greatness by upholding "the Right Divine of Kings to rule", Sir Thomas Lunsford had been appointed governor of Sherborn Castle; Oxford; and later, Monmouth.

Eventually, he was confined in the Tower on charges of high treason. Subsequently he was transferred as a prisoner to Peter House, in Aldershot. Once again he succeeded in escaping; and reached Amsterdam, where, after a comparatively short time, he was ready to cross over to England again.

Finally, when the Royalists cause was lost, Sir Thomas fled to join his Pelham cousins, who had set sail for America in 1638 with one of the contingents of the Pilgrim Fathers and had become firmly established. It is said that George Washington was a descendant from the Lunsford/Pelham family.

The Diary of Thomas Turner

Later in the 18th Century Whyly is mentioned numerous times in The Diary of Thomas Turner 1754-1765, a Georgian Shopkeeper who lived in East Hoathly. Thomas Turner frequently visited Jeremiah French, the tenant farmer, at Whyly mostly for evenings playing cards and heavy drinking. He invariably returned home inebriated and on several occasions his wife had to be carried home on a gate!

Jeremiah was the largest farmer in the parish after the Duke of Newcastle. He was a man whose character and activities figure large in the diary. He was twenty years older than Turner and the latter was in awe of him.

Quarrelsome, forceful, loud, drunken, he tried to dominate parish affairs, serving all the important offices, collecting the taxes and interfering in matters even when not officially involved.

An indefatigable party-goer and drunkard, he was the scourge of those less fortunate than himself, especially happy to pursue paupers out of the parish, if he could ensure their settlement elsewhere. When it came to paying the poor-rate he did his very best to shift his responsibilities to others.

Old Whyly in the 20th Century

At the turn of the 20th Century a prosperous brewing family purchased Whyly. When their children were born it became too small for them and so they built a large Edwardian house on the other side of the estate, which they called Whyly and Old Whyly came into being.

Sarah and her late husband Richard bought Old Whyly in 1981, where she brought up her two sons Alexander and Guy. Sarah opened her house in 1993 to the paying public soon after her husband's death and has made a succcess of the enterprise ever since. 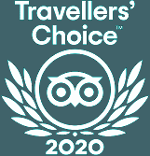 Spectacular Georgian country house. Crunchy gravel drive, tennis and swimming before breakfast, afternoon tea on the terrace, delicious dinners, comfy beds - so much more than just b&b on offer here. Sarah is a charming host, full of amusing anecdotes and an excellent cook to boot. Beautiful English garden, birdsong all around.